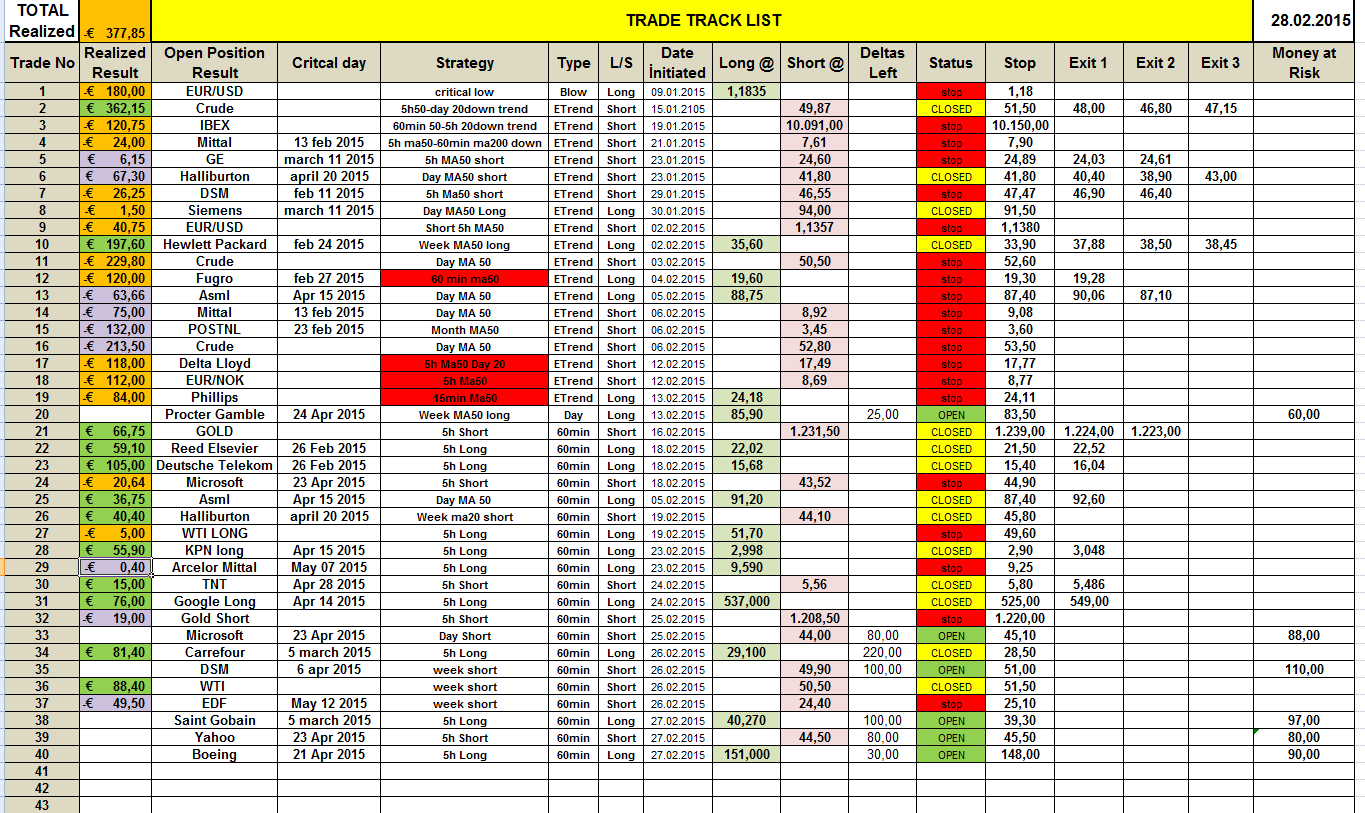 In the first 13 days of the month, with the previous strategy, it costed 991 Euros.

It was observed that most of the trades were positive at some point however was ending negative.(The purple colored ones)

That meant that the target was too far away and eventually the idea failed with stop being more probable.

The solution was to focus on the shorter term momentum.

60 min MACD and overbought oversold levels with the help of bollinger bands provided the insight required.

Bollinger bands automatically adjusts the targets and support with respect to the current volatility.

Trade automatically exited when the momentum fails as MACD brokes back .

After implementing this strategy, closed trades made a profit of 530 Euros.

As can be seen above, purple trades still exit.

The market gave some profit but ı failed to take it and eventually  the trade is stopped.

The reason is clear.


I have only 1 unit to exit as the trade size is limited and each trade costs 6 euros.

If the average profit is 80-90 euros before costs

To divide the trade into 3 to take partial profit costs 6 euros and does not make sense to get 25-30 euros by paying 6 euros.

However, once the strategy proves itself consistently, the size will increase and thus partial profit taking will be feasible and hopefully the overall performance will increase as well.
Posted by BHC Fund at 1:01 AM