It has been almost a month since my last post.Since then first the market moved further up testing 1130 level for a couple of days in a row.
The bulls seemed to be in control and any weakness was bought into with expectations of a quantitative easing TWO. Euro went up all the way to 1.33s.

Well, the FED announcement was taken as a confirmation of bad economic outlook, and together with the bad macro figures from China , the markets took a dive on wednesday.At the same time the dollar rallied against euro.

Technically it made all the sense as the 1130 was the watched level which is marked in the daily chart below. 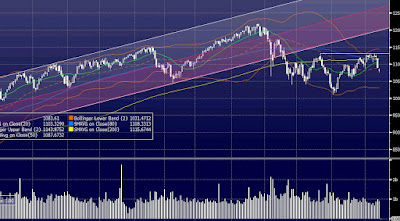 You can see the market even broke through 50 day MA , but later bought into and today we are trading around 1085.5 in s&p sep future.

In the weekly s&P chart below, you can see the 20 week MA providing a resistance for the last 3 months, but I cant still say this is the beginning of a bear market as long as the 20 week MA breaks the 50 week to the downside.But in case we dont see a big rally here today, the last candle in the weekly chart will form a dark cloud cover with the previous week's up candle, and a STRONG sign of short term trend change! 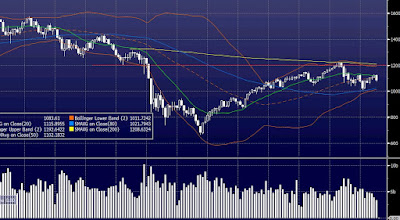 In the montly s&p chart below, you can see the market rallied from 20 month MA in July after being sold from 50 month MA, but as mentioned in my post in May, in early 2010 the 20 month MA broke 200 month MA to the downside for the first time since 1980s( i could not check before), and it is a significant sign for VERY long term bear market. 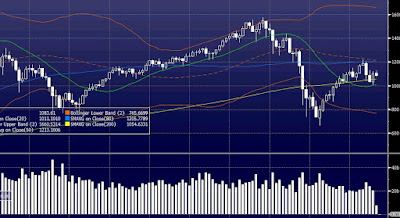 In the chart below you can see how the euro rallied till resistance(high of the big down candle) and sold till 20 week MA.It is a though call, but unless the Euro
sovereign debt issues pop up again,it is very likely that Euro will see 1.37-1.39 range.

Overall,the US Retail sales,Michigan confidence figures will show if the S&P bounces from 50 day moving average to test the 20 week MA(1130s)again or further go down to test the July lows.I am with the bears since 1 month.
Posted by BHC Fund at 12:57 AM