The trend since late december continues, every down move is immediately bought. ECB's second round of longer term refinancing operation (LTRO)  on 29th february , the expectation of QE3 and the improved economic indicators in the US are the main drivers of the rally. The earning results  in Europe were a little disappointing but in the US ,they were better than expected for most of the companies. Major indices are taking year(some multi year) highs one by one.Overall, everything looks very good. That being said , i opened a small short position in Aex, and bought some out of the money puts because I still believe this rally is extremely  fragile ,the option premium is not that expensive and resistances are not broken decisively yet.

Below is the daily sp chart: 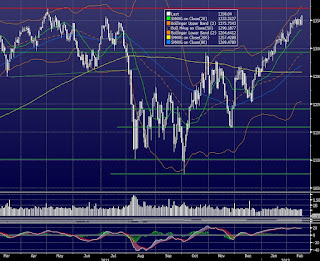 Next lets check the weekly graph: 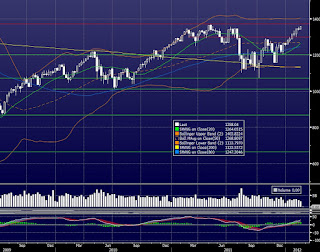 Gold hit the resistance around 1750 and in a sideway action for the moment. I sold part of the position to lock in some profit, because I believe there is quite a good chance that the Gold will test 1520 level again, and even further down before breaking the alltime highs.

Overall, except my small short position in the index and long term long Gold position, the market is a wait and see for me.